Top 10 most dangerous food in the world 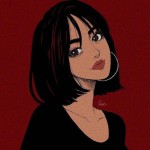 There are many interesting, instructive and dangerous things in the world. For example, animals or plants that are used for food. Some of them are fatal if not properly prepared. The people who prepare and consume these dishes adhere to national traditions and consider the dining ritual to be honorable.

In Cambodia, spider meat is considered a real delicacy. Only the fangs of the spider are dangerous, which are infused with rice wine. They are used to raise the tone. However, the slightest deviation from the allotted time can bring instant death. Nothing will save if the cooking process is disrupted.

These are ordinary berries, without which the creation of alcoholic beverages cannot do. For example, an Italian liqueur called sambuca. It is obtained by distilling anise and elderberry. In Hungary, berries are used to make brandy. But who would have thought that unripe fruits contain cyanide – a deadly poison.

She brings a lot of trouble because she eats tuna. To reduce its numbers and restore the fish population, the Japanese government decided to catch jellyfish for cooking. The cook must carefully cut the entrails, otherwise the meal for the eater may end in death.

The orange–red fruit is a favorite among Jamaicans. When boiled, it resembles the taste of an ordinary omelet. But if you hurry and try to eat the unripe aki, then a lethal outcome is guaranteed. Therefore, it is important to wait until the fruit opens itself without endangering your life.

A mushroom taken separately is not dangerous to humans. But if it is consumed with alcohol, then death cannot be avoided. He does not like the presence of perfumes and strong smells. In the distant past, the mushroom was used to treat alcoholism. The prepared tincture was given to the patient, strictly adhering to the dosage.

The homeland of sheep cheese is Scandinavia. Here it is prohibited for sale. It’s all about the larvae, which are added to the cheese so that the product ripens more quickly. The larvae are quite active and can jump up to 20 cm in height. Sometimes this is dangerous for the eyes.

In Africa, locals consume the whole frog. Before starting a meal, they take out the entrails and absorb the animal alive. The French prefer to avoid complications and only prepare paws. The paws dish is completely safe and very unusual in taste.

The root vegetables of the South American tree are often eaten. Skilled chefs prepare delicious cereals, nutritious and low–calorie, as well as tortillas that are delicious and unusual. However, with improper heat treatment, root vegetable flour becomes deadly.

The octopus is served while still alive. Cutting off a piece and dipping the tentacles in a different sauce, a person sends it into his mouth. The danger is that the writhing tentacles can cause inconvenience and the eater begins to gag. With a lack of air, death occurs. In Japan and Korea, lovers of this dangerous dish die every year.

Japanese chefs spend several years to learn how to cook fish. If it is wrong to free it from the insides, then the person who has tasted the dish will surely die. The poison first paralyzes, and then breathing stops. True, in Japan, such a death is very honorable.

Mortal danger exists only if the cooking conditions are not adhered to. And so these exotic dishes are not only popular, but also delicious.

Top 10 hottest peppers in the world

Top 10 most delicious teas in the world

Warm salad with steak and tomatoes